The premium t-shirt and apparel company, known to adorn celebrities around the world, wanted

lower costs, higher sales and better analytics; Nogin is delivering all that and more.

Junk Food Clothing, the premium apparel company that has become a celebrity favorite with its pop culture designs ranging from entertainment icons to professional sports leagues and popular music acts, is reaping strong benefits after connecting  with another industry leader for its online e-commerce platform: Nogin.

Junk Food moved to Nogin’s Commerce-as-a-Service (CaaS) platform in the fourth quarter of 2020, enabling it to deliver best-in-class e-commerce to its clientele, as well as increase sales, profits and conversion rates, and execute R&D upgrades in real-time.

And the pairing began paying off immediately, according to Bill Hutchison, CEO for Hybrid Apparel, which owns the Junk Food brand. “We are on target to triple our Junk Food e-commerce business during our first year with Nogin. Along the way, we’ve seen cost-savings in third-party vendors needed to drive our revenue growth due to the external partnerships and relationships Nogin has in the space.”

Hutchison said it’s been about more than just increased sales. “The analytical data Nogin has shared with us has also allowed us to make informative and strategic decisions to capture revenue while also growing awareness for the Junk Food brand to a new set of customers we’re continuously bringing to our site,” he noted.

Under the agreement, Tustin, Calif.-based Nogin is handling all aspects of Junk Food’s e-commerce operations, ramping up the manufacturer’s online performance with its Intelligent Commerce software, AI-driven marketing capabilities and high-touch digital services.

“We’re able to offer a turn-key solution for companies like Junk Food that combines all the elements they need to be more effective selling online,” said Geoffrey Van Haeren, president of Nogin. “Just as Amazon Web Services was revolutionary for on-demand cloud-hosting, the Nogin technology platform is a game-changer in e-commerce.” Other Nogin users include such major brands as Kenneth Cole, Honeywell, Hurley, Bebe, Lululemon, True Religion, Yeezy and Charming Charlie.

“Prior to partnering with Nogin, we had an in-house start-up digital business while only using an external digital marketing agency,” Hutchison explained. “The switch to Nogin has given us a best-of-class digital platform, allowing us the quickest solution to grow our digital footprint and capture more revenue faster.”

About Junk Food Clothing Junk Food came onto the scene in 1998, creating and forever changing the premium T-shirt market. Carried in thousands of top stores throughout the world, Junk Food is a celebrity favorite, featured weekly on numerous style icons in major media. Junk Food has signature soft fabrics and trend-leading fits that also include unique treatments that make each piece one-of-a-kind. Also a licensing powerhouse, Junk Food has rights to hundreds of major pop-culture licenses, including numerous sports leagues, artists and bands. www.junkfoodclothing.com 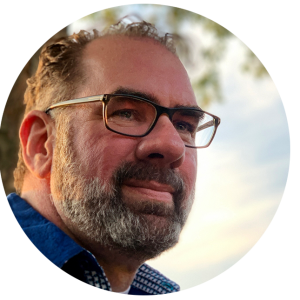 Whether you’re an established business who’s growth has stalled, a startup or a thriving brand faced with expensive upgrades and hires – we have the technology and expertise to help you find operational efficiencies, acquire customers, drive sales and minimize costs.
Learn more about how Nogin’s Intelligent Commerce solutions can help you successfully manage your ecommerce business across all channels and drive revenue exponentially.